East Foundation promotes the advancement of land stewardship through ranching, science, and education. We manage over 217,000 acres of South Texas native rangeland, operated as six separate ranches in Jim Hogg, Kenedy, Starr, and Willacy counties. The lands were bestowed on us through the generous gift of the East family in 2007. To honor their legacy, we uphold their vision and values that were established more than a century ago.

The ranchlands owned by the East Foundation were acquired by the East family across a period of about one hundred years. Tom T. East, Sr. (1889-1943) first registered the family’s trademark Diamond Bar brand in 1912. In 1915, Tom married Alice Gertrudis Kleberg (1893-1997), the granddaughter of Captain Richard and Henrietta King, founders of King Ranch. On their largest ranch, the San Antonio Viejo, Alice and Tom raised their family and built a ranching legacy.

Like many early settlers, the East family worked hard to manage their operation. They ranched in the Wild Horse Desert, a region also known as the South Texas Sand Sheet and the Coastal Sand Plains, an area prone to both drought and extreme heat. Its harsh conditions made it difficult to live in and cultivate, but even through this adversity, the East family endured.

Their children, Tom T. East, Jr. (1917-1984), Robert Claude East (1919-2007), and Alice Lica Hattie East (1920-1993) were raised on the San Antonio Viejo. They believed in the importance of good, sound land stewardship and wildlife conservation and held on to these values throughout their lives.

Between 1912 and his death in 1943, Tom T. East. Sr. ranched across more than 400,000 acres of deeded and leased land throughout South Texas — and he placed the Diamond Bar brand on hundreds of thousands of cattle. After his death, Alice and her children continued to work and live on the San Antonio Viejo and develop their ranching operation. When Robert East passed away in 2007, he gifted his landholdings to the East Foundation. 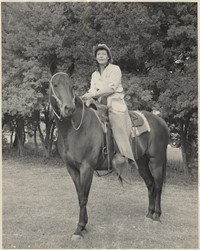 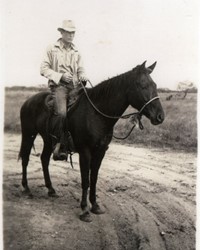 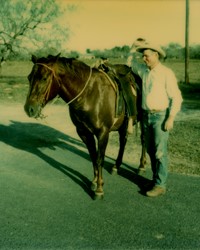 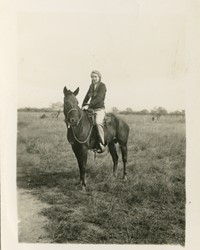